Fire Coming Out of the Monkey's Head testo – Gorillaz

Gorillaz – Fire Coming Out of the Monkey's Head Testo

Once upon a time at the foot of a shit mountain, there was a town where the people known as Happyfolk lived, their very existence a mystery to the rest of the world, obscured as it was by shit clouds. Here they played out their peaceful lives, innocent of the litany of excess and violence that was growing in the world below. To live in harmony with the spirit of the mountain called Monkey was enough. Then one day Strangefolk arrived in the town. They came in camouflage, hidden behind dark glasses, but no one noticed them: they only saw shadows. You see, without the Truth of the Eyes, the Happyfolk were blind.

In time, Strangefolk found their way into the high reaches of the mountain, and it was there that they found the caves of unimaginable Sincerity and Beauty. By chance, they stumbled upon the Place Where All Good Souls Come to Rest. The Strangefolk, they coveted the jewels in these caves above all things, and soon they began to mine the mountain, its rich seam fueling the chaos of their own world. Meanwhile, down in the town, the Happyfolk slept restlessly, their dreams invaded by shadowy figures digging away at their souls. Every day, people would wake and stare at the mountain. Why was it bringing darkness into their lives? And as the Strangefolk mined deeper and deeper into the mountain, holes began to appear, bringing with them a cold and bitter wind that chilled the very soul of them up. For the first time, the Happyfolk felt fearful for they knew that soon the Monkey would soon stir from its deep sleep. And then came a sound. Distant first, it grew into castrophany so immense it could be heard far away in space. There were no screams. There was no time. The mountain called Monkey had spoken. There was only fire. And then, nothing.

O little town in U.S.A, your time has come to see
There's nothing you believe you want
But where were you when it all came down on me?
Did you call me now? 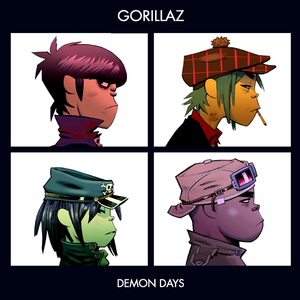