Where Were You testo – Migos

Migos – Where Were You Testo

[Verse 1: Quavo]
I swear, I swear I'm gon' make it to the top this year
Where where, where where, when I whip it, when I flip it lil mama you trippin'

Now you going through what I've been going through, bitch you struggling
I know that you hate it, I know that you mad you're getting a dose of your medicine
The day of reckoning, move out of town I recommend
I treated you with proper etiquette
Where were you when I was being in the pen?
The Hannah Montana the molly's anthem
Plug in China I ain't have to meet this man
Choppers imported from Kazakhstan
Where were you when the eggbeater was in my hand?

[Verse 2: TakeOff]
I'm at the top right now, hate to see you at the bottom
But you wasn't fucking with me when I was taking that gwalla
I call up my shotta I send him the dollars
You sellout rapper at the bottom [?]
The models they watching the niggas they follow
Double G all on my collar
Bitch say she wants red bottoms
Paying tuition for college
Baby just look at me honest
You wasn't fucking with me when I was at Onyx
For money, back then I was boring, hell no
When I hop in my Porsche of course I know
Big ass bank rolls won't fold
Where were you when I was trapping out the bando
Now the nigga on the radio
Touring doing shows, on the road
Travel all over the globe
But where were you when I was broke

[Verse 3: Offset]
As I remember
You quitted on me you surrendered
You pretender, acting like you was there when I was up in the blender
I'm the number one contender, don't hold grudges because I am a forgiver
You niggas make me have a bad temper, [?] said that offended her
I'm still trying to figure out
Where the fuck you was at when a nigga couldn't get out
I'm rich as a bitch with a smart mouth
Like Martin do Pam, bitch get out
Excuse a nigga if I'm acting rude
You was not there when I had no food
You want to start over I'm not a fool
These bitches not loyal she broke the rules
Trifling bitch I'm not wifing it
Left a nigga when I got indicted
You fucked my partner tryna keep it silent
My diamonds shining like the police sirens
My plug on the boat like a pirate
Pussy niggas they don't like me
Real niggas fuckin' with me
Baby girl you wasn't with me

Compra la canzone Where Were You 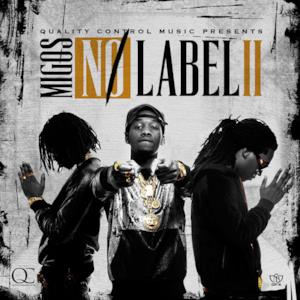